The meeting commenced with opening remarks by the chairman of the PIMCC Mr. Adnan Ahmed Yousif, President and CEO – LemrAir Consultancy (former President and CEO of Al Baraka Banking Group) who welcomed and thanked the respectable members for joining this important meeting.

The meeting was attended by all members and the agenda of the meeting included among others presentation of five important standards related to AAOIFI Accounting Board (AAB). These included two standards in advance stage of finalisation and three standards in the exposure draft stage. All standards were made available to the PIMCC members two weeks prior to the meeting.

The standards in the advance stage included – FAS 1 (Revised 2021) “General Presentation and Disclosures in the Financial Statements” and FAS for “Financial reporting for Zakah” while the standards in the exposure draft stage included FAS on “Presentation and Disclosures in the Financial Statements of Takaful Institutions”; FAS on ”Accounting for Takaful: Recognition and Measurement”; and FAS on “Financial Reporting for Islamic Financial Services Offered by Conventional Financial Institutions”.

These standards were presented by Mr. Omar Mustafa Ansari, Secretary General of AAOIFI who stated “we are thankful to the PIMCC members for sharing their feedback and experience on these standards. We have taken note of the feedback and shall incorporate it in the standards before taking them to the next stage.”

PIMCC members raised some pertinent questions on the standards and sought some clarifications after which they approved the standards to move to the next stage. Additionally, the PIMCC highly commended the top quality standard setting process, as well as, the efforts of the respective boards at AAOIFI in developing these important standards.

The chairman concluded the second meeting of the PIMCC with a proposal to hold another meeting in the year 2021. 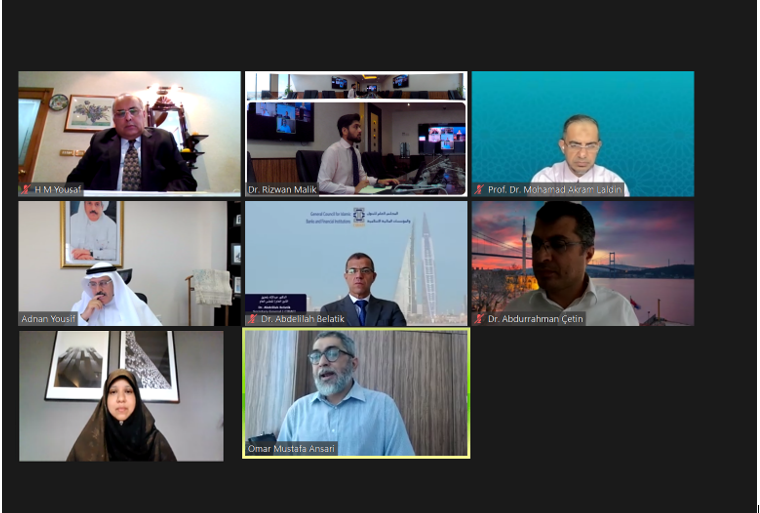