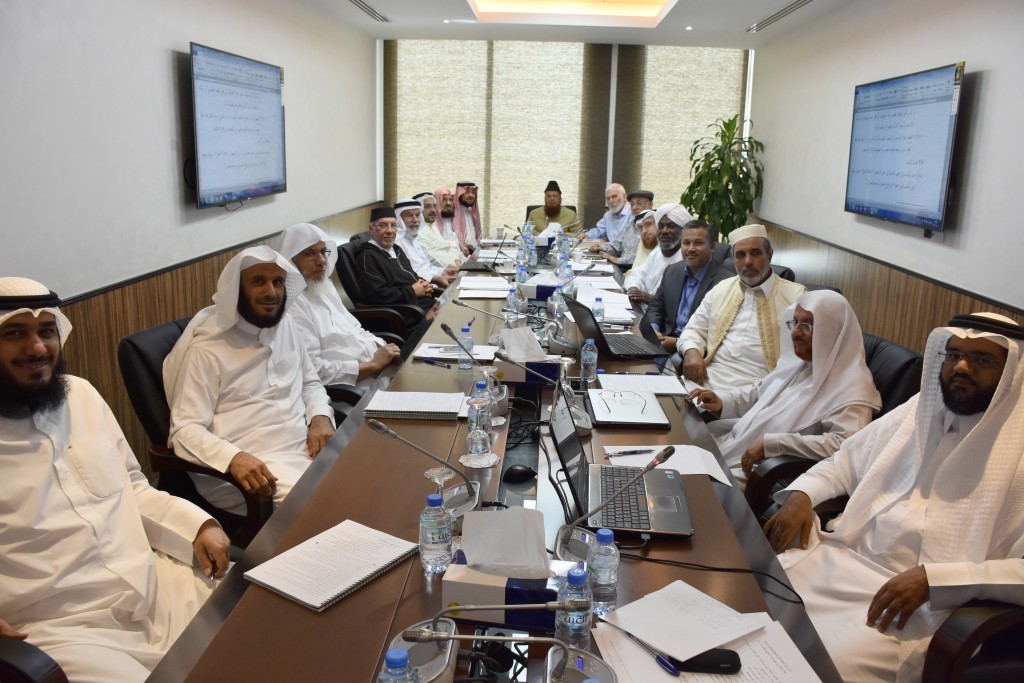 The Accounting and Auditing Organization for Islamic Financial Institutions (“AAOIFI”) is always keen to develop new Shari’ah standards and review existing one in its effort to keep up with market developments. In line with its ambitious plan in this regard, the Shari’ah Board held its 45th meeting and adopted the exposure draft of Shari’ah Standard No. (57) on Gold and its Trading Controls, culminating efforts extended over several months and 6 comprehensive meetings held by the respective subcommittee that was formed by the Shari’ah Board for that purpose. In the meeting a detailed technical study was discussed in addition to the standard’s exposure draft, Shari’ah issues and relevant contemporary applications, in the collaboration of the World Gold Council (Project partner and technical assistance provider). This was followed by a detailed study of the standard exposure draft by the Shari’ah Board, with discussions over a lapse of 35 hours during five working days.

Accordingly, the Shari’ah Board in its 45th meeting, held in Kingdom of Bahrain for 4 days from 28 Thu ElHujja 1437 corresponding to 29 September 2016 to 1 Muharram 1438 corresponding to 2 October 2016, issued a number of key resolutions including the adoption of  the standard’s exposure draft: (Gold and its Trading Controls), and requested AAOIFI General Secretariat to make the exposure draft available to the public for one month to gather feedback and suggestions thereon.

In addition to holding a number of public hearing sessions, the General Secretariat was tasked to invite the opinions of scholars and experts including bankers, legal councels, consultants and the Islamic financial institutions, specifically members of Shari’ah Supervisory Boards and Shari’ah audit and review units to probe the depth of the exposure draft and its inclusion of the relevant technical aspects and issues faced by the practitioners in the industry. The General Secretariat has also been requested to illustrate the feedback and remarks received from experts via email or at the public hearing sessions in order to submit them for discussion in the upcoming Shari’ah Board (46) meeting in the mid of Safar 1438 (November 2016).

Moreover, the Shari’ah Board discussed the following:

The feeback collected at the public hearings related to Shari’ah Standard No. 56 (Liability of Investment Manageras Agent (Mudarib and Investment Agent and Partner).The Shari’ah Board  made some amendments and addition s the the draft and postponed issuance of the final draft to its next meeting.

·       The Shair’ah Board discussed issues relating to the new Shari’ah Standard on (Debt Card and Credit Card) which had been raised by the subcommittee in Dubai. The Board will resume deliberations on this standard in its next meeting.

In this regard, AAOIFI would like to invite all experts and specialists to send their remarks on the exposure draft of Shari’ah Standard No. 57 on (Gold and its Trading Controls) no later than 9 Safar 1438 corresponding to 9 November 2016  to the following email address: [email protected]

The exposure draft can be downloaded from AAOIFI’s website  on the link below: