Accounting and Auditing Organisation for Islamic Financial Institutions (AAOIFI) hosted 20th AAOIFI Annual Shari’ah Boards Conference in Bahrain at the Gulf Hotel. The two-day conference organised under the patronage of the Central Bank of Bahrain (CBB) on 15-16 May 2022 received more than 400 delegates from no less than 20 countries from around the world. In addition, the conference received more than 600 delegates virtually.

More than 35 speakers were part of the six panel discussions in addition to the opening ceremony.  The chief guests at the conference included the chairman of AAOIFI Shari’ah Board, Sheikh Mufti Muhammad Taqi Usmani, Governor of Central Bank of Bahrain, H.E. Rasheed Mohamed Al Maraj; Governor of Palestine Monetary Authority, H.E. Dr. Feras Milhem and chairman of Libyan Capital Market Authority (LCMA), H.E. Mahmoud Mohamed Wafa. The speakers included Shari’ah scholars, policymakers, bankers, services providers from the global Islamic banking and finance industry who discussed various pressing topics in detail. Accordingly, the resolutions of the conference will be shared in due course.

The 20th edition of the conference was supported by Saudi National Bank (SNB) from Kingdom of Saudi Arabia, Jumhouria Bank from Libya, Kuwait Finance House as major partners. The gold partners included Al Salam Bank from Bahrain, Abu Dhabi Islamic Bank (ADIB) from UAE and the Al Baraka Banking Group from Bahrain while the silver partner included Jordan Islamic Bank and the technology partner was IFIN from Bahrain.

On this occasion, H.E. Shaikh Ebrahim Bin Khalifa Al Khalifa, the Chairman of AAOIFI Board of Trustees stated that “we would like to thank all our supporters and speakers who travelled far and wide to attend this important conference. He added “AAOIFI Shari’ah Board’s Conference under the auspices of the Central Bank of Bahrain and in collaboration with other Islamic financial institutions has been playing an important role in guiding the Islamic finance industry globally for the last 33 years”. Additionally, “we are pleased to sign important partnership agreements at the conference with a number of institutions and look forward to working with them for the benefit of the industry.” 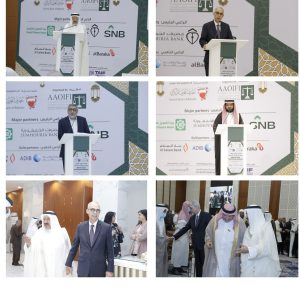 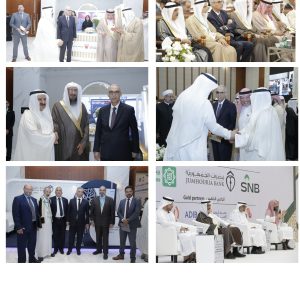 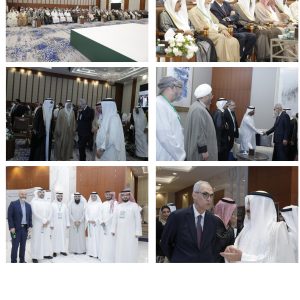 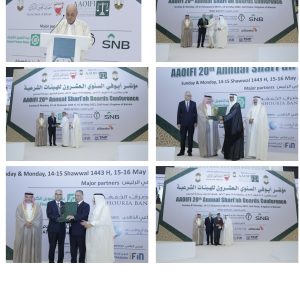 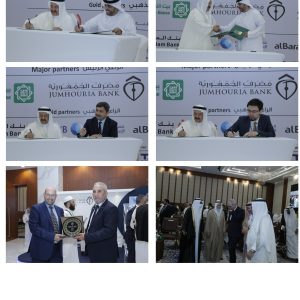 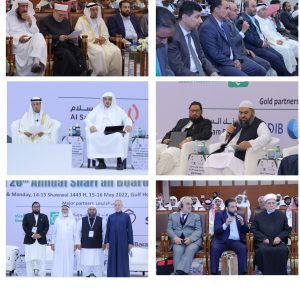