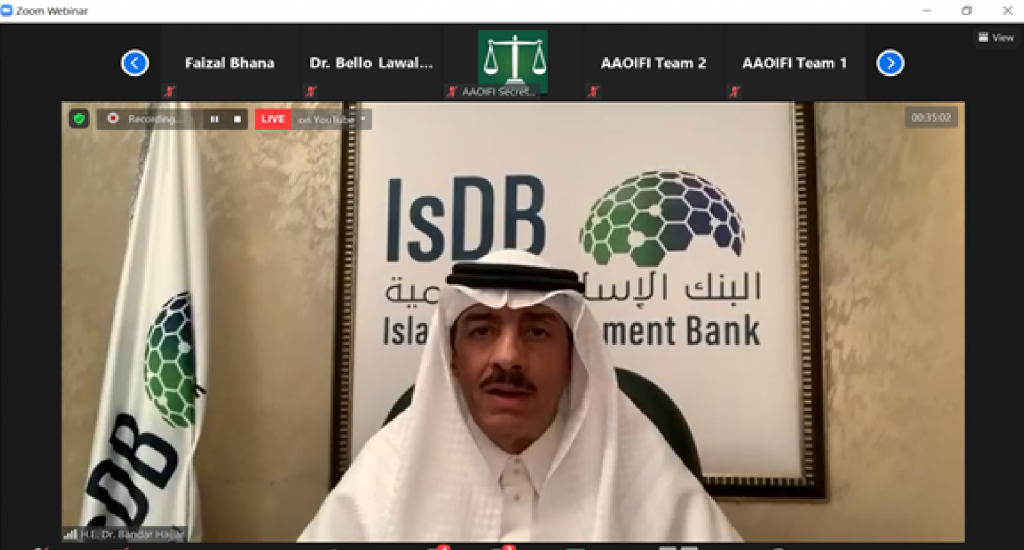 The report also states that regulatory and supervisory authorities around the globe may be committed to adopting conventional international standards for two basic presumptions. Firstly, reporting and disclosure principles of conventional reporting standards do not conflict with Shari’ah. Secondly, financial reporting is a recording function that neither sanctifies nor nullifies the Shari’ah validity of a transaction. However, regulatory jurisdictions may still

On this occasion of the launch of the report, Chairman of AAOIFI Board of Trustees, H.E. Shaikh Ebrahim Bin Khalifa Al Khalifa, expressed satisfaction stated that “It gives me utmost pleasure to present this first ever AAOIFI Footprint Report. Only through the rigorous efforts of the team and an unparalleled support by the regulators and market players, as well as, the scholars, professionals and experts in the field of Islamic finance, it has been able to achieve a great feat in the development, growth, standardization and harmonization of Islamic finance in light of the divine guidance and the best industry practices. This study has been conducted to measure such impact that AAOIFI has made to the Islamic finance industry to a reasonable, measurable degree.

H.E. further stated that, ”Adoption and implementation of standards require years of advocacy, outreach, partnership, scholarship and capacity building, among others, AAOIFI is glad that in nearly three decades of its existence it has been successful in all these fronts.”

Mr. Faizal Bhana, Director, Middle East and Africa, Jersey Finance said, “We are very pleased to have been part of this prevalent discussion, with an excellent line-up of distinguished speakers, on the growing role of Islamic finance and its expansion across the globe. At Jersey, the world’s leading International Finance Centre, we take pride in our flexible and robust legal and regulatory regime that accommodates all types of investors, including Shariah-compliant investors who have been using our island for decades. Our robust legal infrastructure, including our laws and regulations, provide the flexibility to accommodate Shariah-compliant structures, thereby providing true legal equivalence for conventional and Shariah-compliant products as both are equally governed, regulated and administered on the same basis.” The report is downloadable BY CLICKING HERE. The report is in final stages of translation in Arabic, and will also be available for download shortly.