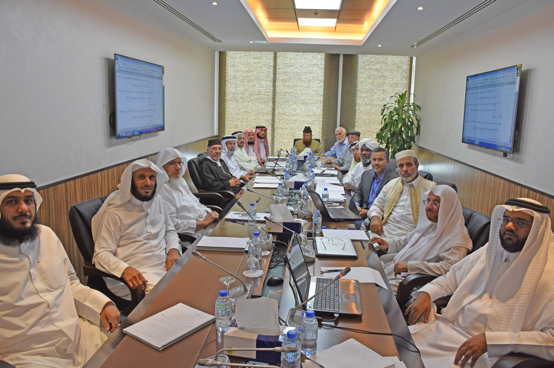 The Shari’ah Board of the Accounting and Auditing Organization For Islamic Financial Institutions (AAOIFI) has convened its 48th meeting at AAOIFI’s premises for four days during which it resumed its elaboration on, and discussion of the draft Shari’ah standard on Debit and Credit Cards, thereby finalizing a major part of the draft standard. Moreover, the Board requested AAOIFI’s General Secretariat to approach regional and international parties with technical expertise related to bank Cards in order to work out certain technical specifics relevant to the standard, specifically in light of the on-going technical and technological breakthroughs and the impact of modern-day communication and payment networks on Shari’ah rulings for such newly emerging and unprecedented matters and cases.

In this regard, the existing Shari’ah standard No. 2 on Debit  Card, Charge Card and Credit Card issued by the Board 17 years ago, covers a large number of relevant issues. However, the substantial technical and technological advances, in reality, and practice, has ushered in a vast array of newly emerging matters in this area, which had prompted the Board to re-develop the standard in a more comprehensive way. The Board commissioned a consultant to thoroughly examine the matter which was formerly reviewed by one of the country committees along with the new draft standard in a series of multiple, long meetings.

The new Shari’ah standard on Bank Cards aims to tackle a wider scope of developments, not to mention all possible alternatives practiced by Islamic banks and windows on an international level as a replacement for both types of bank cards, renewable and non-renewable. To that end, it provides a detailed description of each type, its Shari’ah characterization, and ruling, along with all related Shari’ah requirements and parameters. The Board will resume its discussions on the draft standard in its upcoming meeting.

During this meeting, the Board also commenced discussion of the new draft standard for Sale of Debt, which is multi-faceted and one of the key Shari’ah standards with issues pertaining largely to Islamic finance products and contracts. The Board will finalize the draft standards in its next meeting.

The Shari’ah Board has scheduled three meetings towards the end of 2017. By then, the total number of meetings would exceptionally rise to five, largely owing to the active engagement and substantial efforts of the Board’s country committees.