AAOIFI’s Shari’ah Board Issued new Standard on “Repurchase”, in its Meeting No. 47 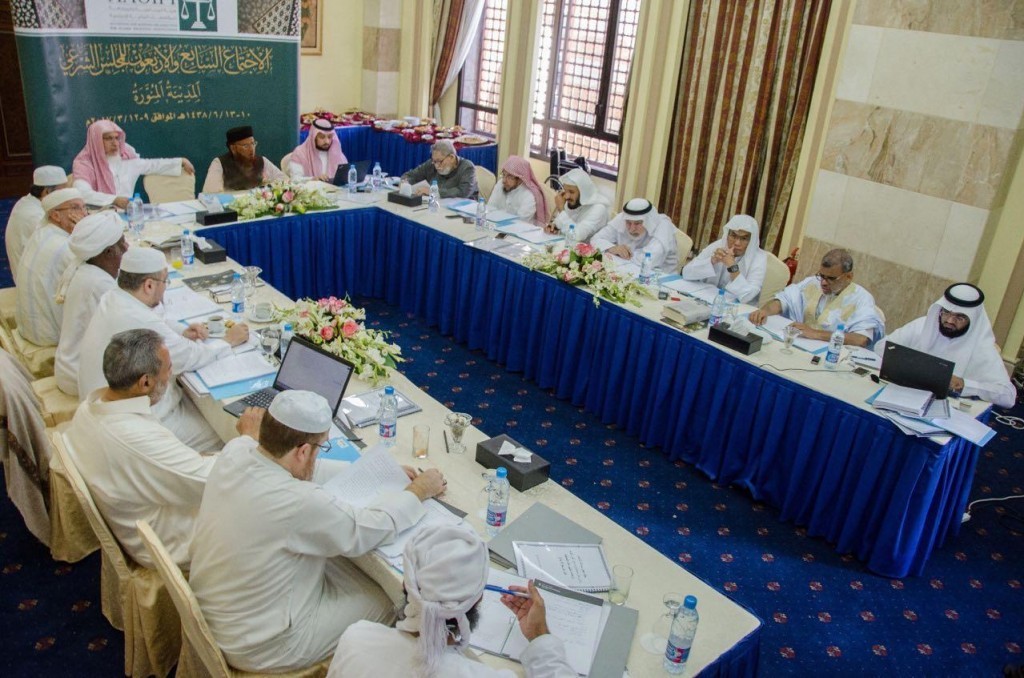 The Shari’ah Board of the Accounting and Auditing Organization for Islamic Financial Institutions (“AAOIFI”) held its meeting no. 47 in Al-Madinah Al-Munawwarah over four days from 9 to 12 March 2017, in which a number of resolutions were made including the issue of a new Shari’ah standard on Repurchase, raising the overall number of AAOIFI’s Shari’ah standards so far issued to 58 standards. The new standard aims to prescribe the Shari’ah rulings on repurchase and their application by the Islamic financial institutions.

It covers the parameters for permissible forms of repurchase, in sales and leasing “Ijarah” alike, and the means whereby it may avoid falling into the impermissible ‘Einah-based contracts. Additionally, it tackles the rulings on Sale Leaseback “Ijarat al-Ayan in which assets are sold on a Ijarah Muntahiah Bittamleek basis”, and which provides the foundation for multiple Sukuk structures and syndication financing transactions, as well diminishing Musharakah involving the buyer and the seller of an asset. Furthermore, the standard sets out the Shari’ah rulings on repo and reverse repo, and the main permissible alternatives. The official issuance of this standard culminates almost four years of development work, including a detailed study on repo, vetting through the draft standard by a subcommittee, then review by the board across three meetings, and the submittion of the reviewed draft to a public hearing held in Riyadh and attended by a host of Fuqaha, practitioners, experts, bankers, academics, among others.

In this meeting, the board finalized its revision and evaluation of the comments and suggestions presented at the public hearing. This was followed by a review by the drafting committee prior to the official issuance of the final standard. The standard, besides it detailed Shari’ah study, will be exclusively available to subscribers to the digital version of AAOIFI’s standards at AAOFII’s website and mobile apps on tablets and smart phones.

Moreover, the board also resumed its discussion of the Shari’ah standard on Usufruct right (Haqq Intifa’), where it vetted through a study summarizing the stances of various laws, and the main contemporary Fiqh reasoning in this regard, and the effects of opposing standpoints. Then the board decided to put off discussions on this standard pending issuance of the Shari’ah standard on “Ownership”, as several significant issues in the former standard depend on the board’s findings and the views it will adopt under the latter standard.

The board also discussed a report prepared by the techincial committee in charge of development of a new Shari’ah standard on Sukuk, and which portrayed the market reality of Sukuk. The report contained a summary of the three focused workshops held to that purpose (legal and credit rating workshop, Islamic finance international organizations and infrastructure bodies workshop, and accounting workshop). The study covers the methodology used to develop the new standard on Sukuk. The board commended the substantial efforts exerted by the Sukuk standard committee, and adopted its development methodology.

In this regard, AAOIFI’s Shari’ah Board had earlier launched a strategic project for re-development of a detailed Shari’ah standard on Sukuk rulings to cover all latest emerging issues and matters on Sukuk and their applications worldwide. It is expected to have a positive impact on the international industry of Sukuk, as it will help provide clear guidance on Shari’ah issues relating to Sukuk, and which are of interest to regulatory and supervisory authorities, Sukuk issuers and investors as well as ancillary service providers such as legal firms, credit rating agencies, investment banks, and capital markets, both nationally and globally.

Correspondingly, the board embarked on a visit to HRH Prince Faisal Bin Salman Bin Abdul Azizi, price of Al-Madinah al-Munwwarah, who welcomed the members of AAOIFI’s Shari’ah Board. A brief report on latest activities and initiatives currently undertaken by AAOIFI was also presented at the meeting.