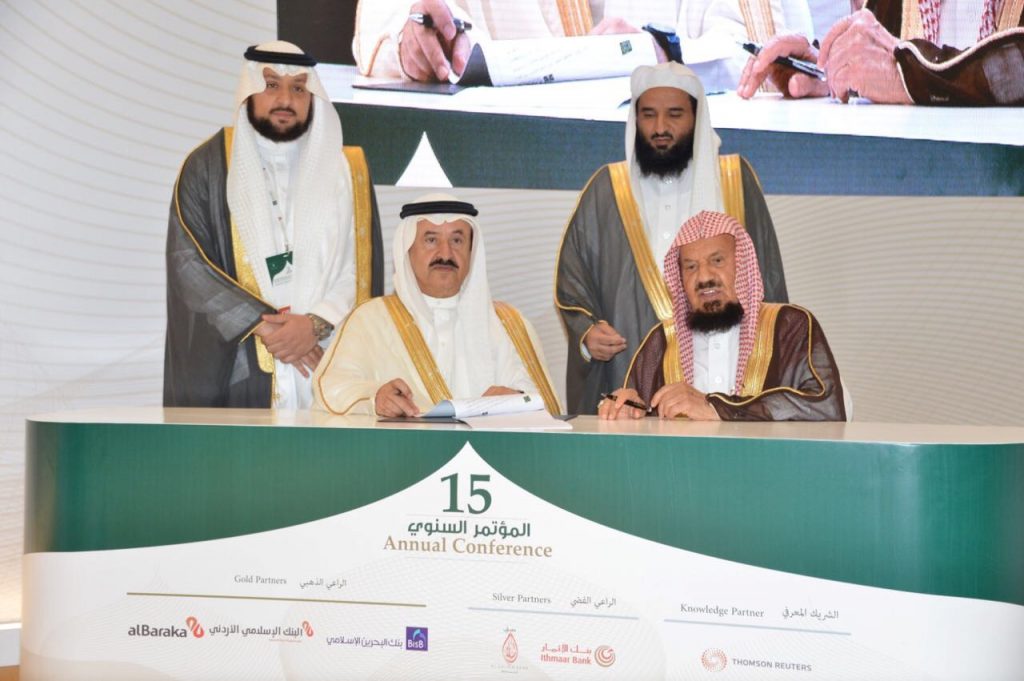 The cooperation agreement signed by the Accounting and Auditing Organization for Islamic Financial Institutions (AAOIFI) and Future Investment, and with funding provided by Saad and Abdul Aziz Almousa Waqf, associateded with unwavering efforts, both scholastic and technical, through a series of workshops, meetings, and reseach works conducted by the technical team in charge of developent and drafting of the new Shari’ah standard on Waqf, and large amount of time spent by the technical committee and the consultants (scores of working hours and a number of extended meetings), all has culminated with the convention of AAOIFI’s Shari’ah Board meeting No. (5) at AAOIFI’s premises, Kingdom of Bahrain, over the course of three days 16-18 November 2017.

The Board dedicated the entire meeting to the review and discussion of the draft standard on Waqf. After lengthy deliberations and discussions, the Board made several resolutions mainly including the adoption of the draft Shari’ah standard on Waqf, which is deemed as one of the key Shari’ah standards as it tackles one of the paramount financial rites in Islam, and a powerful means of renaissance and earth revival.

The new construction of the standard distinctly covers a wide arrange of newly emerging issues and applications and sets out Shari’ah rulings for providers, custodians and beneficiaries of Waqf as well as relevant legislative bodies and regulatory and supervisory authorities, among others. The Board instructed the General Secretariat of AAOIFI to make the draft standard publicly available for a period of one month in order to probe the public’s opinions, remarks or suggestions in this respect. Additionally, public hearings will be held in different parts of the world to pick out newly emerging matters and applications in the area of Waqf and to solicit opinions from Fuqaha (jurists), experts, regulatory and supervisory bodies, Islamic financial institutions, Waqf directorates and Waqf companies, specifically members of Shari’ah supervisory boards and Shari’ah reviewers and auditors in a bid to make certain the standard is adequately meticulous and inclusive of all practical aspects and present-day developments as faced by practitioners. The feedback received from the experts by email or during public hearings will be presented to and discussed by the next meeting of AAOIFI’s Shari’ah Board (meeting No. 51) which will be held by end of December 2017.

Accordingly, AAOIFI would like to invite opinion from the wider industry and experts on the draft Shari’ah standard on Waqf. The draft standard is available and downloadable by CLICKING HERE Deadline for comments and suggestions is 22 December 2017, via the following email: [email protected]