The public hearings were attended by industry practitioners, academicians, regulators, and students of Islamic finance from local universities. Opportunity of virtual participation was also provided to those residing outside of Bahrain. 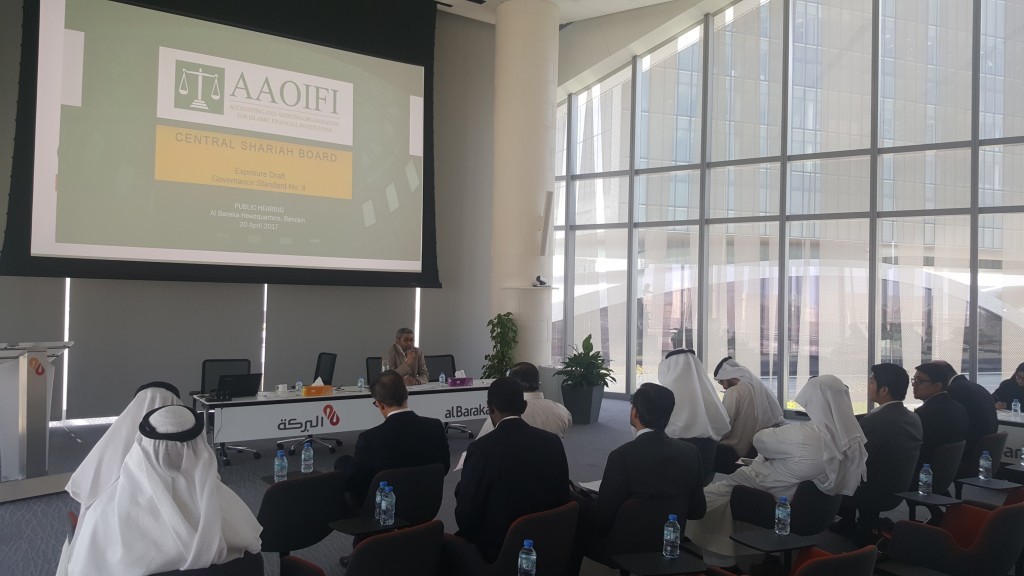 Mr. Hamad Eqab, Chairman of the AAOIFI Accounting Board (AAB), presided over the public hearing for the ‘Murabaha’ standard, whereas Mr. Omar Mustafa Ansari, Deputy Secretary General AAOIFI, chaired the proceedings for the ‘Central Shari’ah Boards’. More public hearings will be conducted in coming weeks in a number of cities including Istanbul, Abu Dhabi, and Karachi. All industry feedback received—in the form of questions, comments, suggestions, and recommendations—during the public hearings will be collated and taken back to the respective Boards to become subject of further discussion and deliberation before the issuance of the two standards.

Public hearings are one of the ten mandatory steps in standards development at AAOIFI. It is an opportunity not only for AAOIFI to interact with and benefit from the knowledge, experience, and wisdom of the industry stakeholders but also for the industry stakeholders themselves to mutually engage in a dialogue and exchange of thoughts, ideas, opinions, and emerging solutions.

Those interested in commenting on the exposure drafts for the two proposed standards may still do so before the deadline of 15 May 2017 by emailing to [email protected]. Copies for the ‘Murabaha’ exposure draft and the ‘Central Shari’ah Boards’ exposure draft may be accessed from here and here.

In this respect, H.E. Shaikh Ebrahim Bin Khalifa Al Khalifa, Chairman, AAOIFI’s Board of Trustees, extended gratitude to AlBaraka Banking Group, represented by H.E. Shaikh Saleh Kamel, Chairman, AlBaraka’s Board of Directors, and Deputy Chairman, AAOIFI’s Board of Trustees, and also H.E. Mr. Adnan Yousif, AlBaraka’s CEO, for the unwavering support extended by AlBaraka Banking Group to AAOIFI since inception and until present day, as well as its far-reaching and beneficial partnership with AAOIFI across its various activities and events.