At Its Headquarters in Moscow, Central Bank of Russia Hosted Launch Ceremony for Russian Translation of AAOIFI’s Shari’ah Standards

In testimony to the global outreach of AAOIFI and its standards, and in reflection of the strategic implication of the translation projects of AAOIFI’s standards into the major languages of the world, the Central Bank of the Russian Federation has hosted at its headquarters in Moscow, the launch ceremony of AAOIFI standards’ Russian Translation, in presence of a host of the Central Bank’s senior management personnel and officials, representatives of the Russian Parliament and Islamic banks and financial institutions, concerned ministries, as well as experts and professionals. 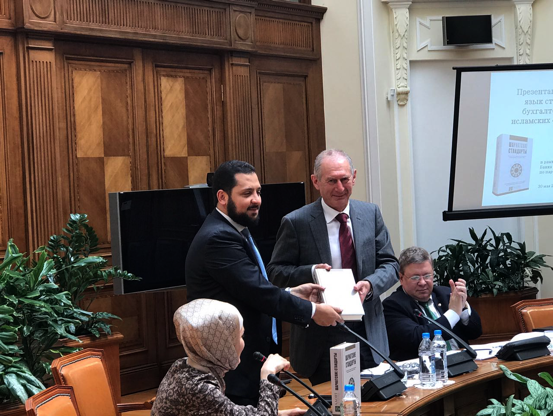 The ceremony featured a comprehensive presentation delivered by AAOIFI’s Secretary General, Dr. Hamed Merah, in which he pointed to the growing size and growth of the global Islamic finance industry and the sizable turnout of Muslims and others worldwide, at different levels including countries, businesses and individuals. He also dwelled on the potential positive impact of Islamic finance on the Russian economy, in particular, and on republics of Central Asia in general, in addition to the corresponding legislative and regulatory actions required in this area. Another focal point was AAOIFI’s global role and the influential status of its standards, including the high-caliber, development process followed in issuing these standards, and the importance of mandatory adoption of them across the world. The substantial efforts expensed in the Russian translation project were also acknowledged in the presentation.

The advisor of H.E. the Governor of the Central Bank of Russia commended in his speech the key positive steps taken by AAOIFI as to the Russian translation project, especially its potential wide-spread benefits to many Central Asian countries which will be able to tap into AAOIFI’s standards in Russian. He stressed that the Central Bank will peruse and reflect deeply on these standards.

The ceremony also included an in-depth presentation by a legal expert and advisor to a member of the Russian Parliament, whereby compatibility of AAOIFI’s standards with existing laws and regulations in Russia was addressed and assessed. To that end, he set practical examples by going through a set of key legal principles and rules.

The ceremony also included a presentation by a financing company operating in Russia and providing Shari’ah-compliant financing under AAOIFI standards, in which the company showcased how it managed to come up, over a span of 6 years, and being subject to the jurisdiction of Russian laws and regulations, with Shari’ah-compliant financing products such as Murabahah, Mudarabah, and in full conformity with AAOIFI’s standards since inception. The audience well received and interacted with the presentations and speeches delivered during the ceremony. 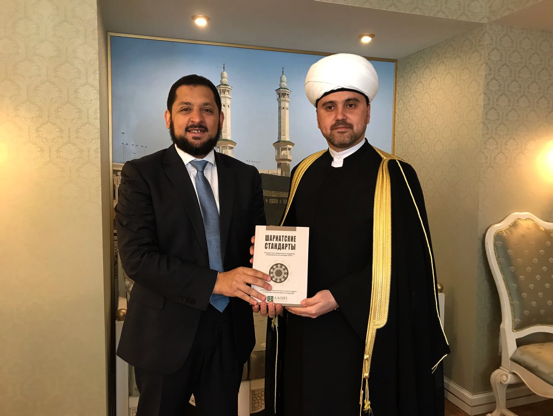 Furthermore, AAOIFI’s delegation paid a visit to the Russian Mufti Council at its headquarters, the Grand Mosque in Moscow. His Eminence, the Mufti of Russian Republic, Shaikh Roshan Abbasov, was presented with a copy of AAOIFI’s Shari’ah standards in Russian. He lauded this essential positive development, which he expected to have a far-reaching positive effect on more than 20 million Muslims in the Russian Federation and to help increase awareness about Shari’ah implications of financial transactions.

On this occasion, H.E. Chairman of AAOIFI’s Board of Trustees, Shaikh Ebrahim Bin Khalifa Al Khalifa said: “this visit to the Russian Federation, and the launch ceremony of the Russian version of AAOIFI’s Shari’ah standards hosted by its Central Bank, constitute a significant, strategic outreach, which again provides a yet more evidence as to the substantial, professional and technical role of AAOIFI and its standards on a global scale, as the leading Shari’ah authority for the Islamic finance industry across the world.”