In an Official Visit to UAE, AAOIFI Signs Memorandum of Cooperation with Securities and Commodities Authority

In an official visit to the United Arab Emirates, Accounting and Auditing Organization for Islamic Financial Institutions (AAOIFI) inked a memorandum of cooperation with the UAE’s Securities and Commodities Authority whereby the two sides aim to exchange expertise and establish mutual cooperation ties in the area of professional development and building capabilities of human resources as well as raising awareness of Shari’ah-compliant financial products and instruments relevant to financial markets. The cooperation also involves conducting focused studies that would contribute to the development of these markets and the finance and investment services industry. The memorandum was signed by H.E Dr. Obaid al Zaabi, Acting CEO, Securities and Commodities Authority, UAE, and H.E Dr. Hamed Merah, Secretary General of AAOIFI.

After the official signing ceremony, Dr. Al Zaabi expressed his appreciation to the important role AAOIFI plays in the area of professional development and standard setting for the Islamic finance industry (accounting, auditing, governance, ethics, and Shari’ah standards), which help bring about a progressive degree of harmonisation of Islamic finance practices across the globe.
He added: “the Securities and Commodities Authority continuously exerts efforts aiming to develop the human resources of the financial services industry. In this regard, the memorandum of cooperation seeks to tap into AAOIFI’s expertise as a standard setter in the area of accounting, auditing and governance. These standards are considered essential for investment mobilization and benchmarks for excellence in doing business at large”.

Dr. Merah stated: “we greatly laud the important role of the Securities and Commodities Authority in supporting and developing the Islamic finance industry both globally and in the United Arab Emirates. We also immensely appreciate their interest in AAOIFI’s activities and issuances as well as their willingness to foster stronger ties, both professionally and technically, with AAOIFI, towards a constructive strategic partnership, whose first stage manifests in this memorandum of cooperation”. 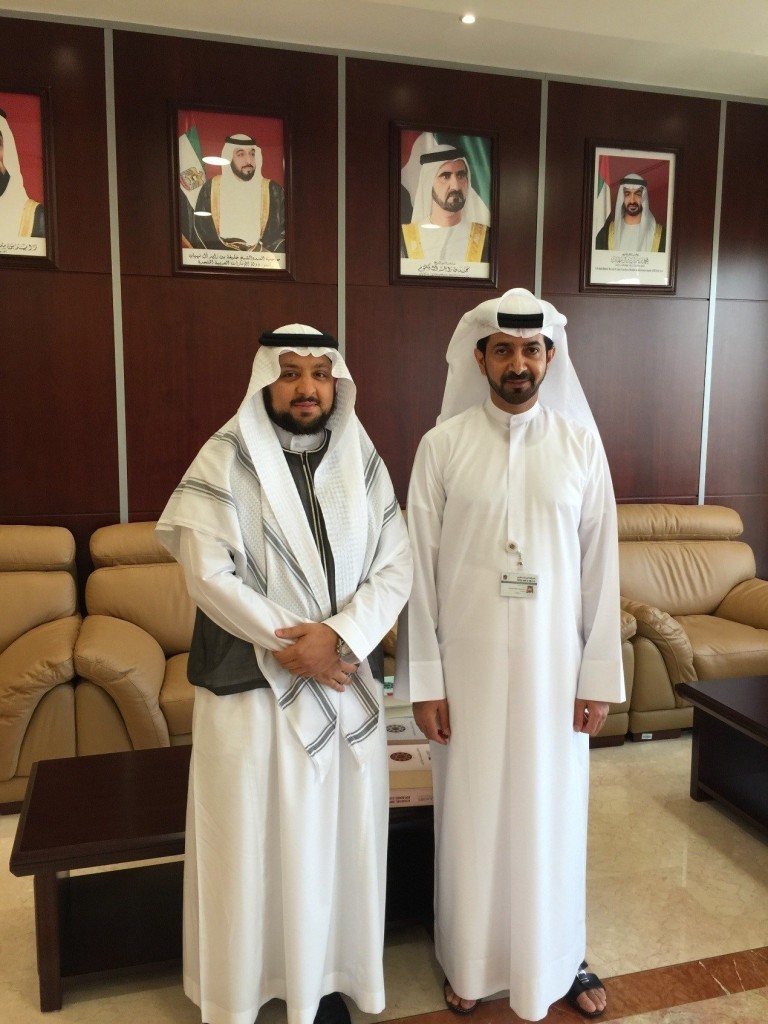 On a different note, AAOIFI, represented by its Secretary General, held a constructive meeting with H.E Mr. Mubarak bin Rashed Al Mansoori, Governor, Central Bank of Emirates, at its offices in Abu Dhabi. During the meeting the two sides discussed a host of topics of mutual interest, and the possible means of expanding AAOIFI’s role in serving the Islamic finance industry in the United Arab Emirates.

Additionally, AAOIFI embarked on a number of visits to Islamic banks and financial institutions in Emirates, most of which are amongst AAOIFI’s institutional members and have established strong professional ties with AAOIFI since inception. These visits constitute part of AAOIFI’s plans towards strengthening interaction with all active stakeholders in the Islamic finance industry, worldwide, particularly AAOIFI’s institutional members.  The visits also aim to foster professional ties with stakeholders and update them on latest developments with relevant AAOIF’s activities and accomplishments. Meanwhile, AAOIFI’s delegation presented these institutions with complementary copies of its latest standards publications, in Arabic and English, in addition to its Shari’ah standards’ research studies compendiums. All visited stakeholders greatly commended AAOIFI’s gesture and cordially welcomed its visiting delegation, and expressed their keenness to foster their ties with AAOIFI and to get updated on its latest developments and endeavors.

Furthermore, AAOIFI accepted an invitation to participate through a keynote address at a high-profile forum organized by the Arab Monetary Fund, the International Monetary Fund and the World Bank and hosted by Dubai Islamic Economy Development Center under the auspices of H.H Sheikh Hamdan bin Mohammed bin Rashid Al Maktoum, Crown Prince of Dubai, under the theme “Enhancing regulations and regulatory work for Islamic banks in Arab Countries”. The forum was attended by a distinguished host of central bank governors and deputies from a number of Arab countries and a group of experts from international institutions and global think tanks.

AAOIFI’s participation focused on AAOIFI’s great role in establishing a solid supervisory and regulatory landscape for the Islamic finance industry worldwide. This role is embodied in its professional standards development in the areas of accounting, auditing, governance, and ethics as well as Shari’ah compliance. The paper delivered by AAOIFI was well received by the audience as a number of the attendees echoed the great role of these standards especially if mandatorily adopted and enforced by regulatory and supervisory bodies as part of their framework within their jurisdictions. They stressed that adoption will immeasurably contribute to the development, expansion, and rationalization of the Islamic finance industry.