In Partnership with “the Institute of Finance”, AAOIFI Delivers a Workshop on “Islamic Finance: its Governance and Future Prospects in the Kingdom of Saudi Arabia’

As a major outcome of the cooperation agreement signed by the Accounting and Auditing Organization for Islamic Financial Institutions “AAOIFI” with the Institute of Finance of Saudi Arabian Monetary Agency “SAMA”, the Deputy Governor of SAMA for Research and International Affairs, Dr. Fahad Ibrahim Alshathri inaugurated a workshop on “Islamic Finance: its Governance and Future Prospects in the Kingdom of Saudi Arabia”. The workshop was held at the premises of the Institute of Finance in Riyadh City on Tuesday 9 May 2917. It addressed important issues, such as AAOIFI and the role it plays globally, its 98 standards in areas of accounting, auditing, governance, ethics and Shari’ah, and the development process, the relationships between AAOIFI’s standards and relevant international standards, its positive impact on the Islamic finance industry worldwide, and the growing interest in its standards, including mandatory adoption of AAOIFI’s standards. In addition, the workshop covered key Islamic finance products and their development methodology as well as management of pertaining risks. The workshop also shed light on latest developments and global best practices with respect to governance, and finally explored the potentials of Islamic finance development in the Kingdom.

H.E the Deputy Governor of SAMA for Research and International Affairs, Dr. Fahad Ibrahim Alshathri pointed out in his opening speech that the Kingdom of Saudi Arabia assumes a leading role in the Islamic finance industry worldwide with an asset base of no less than third of the Islamic finance assets worldwide, and also with remarkable growth rates. He added “we are glad to foster such a professional relationship with AAOIFI as a leading international  standard setter for the global Islamic finance industry. This relationship is manifested in a number of mutual activities and events, and hopefully it will continue unabated”. 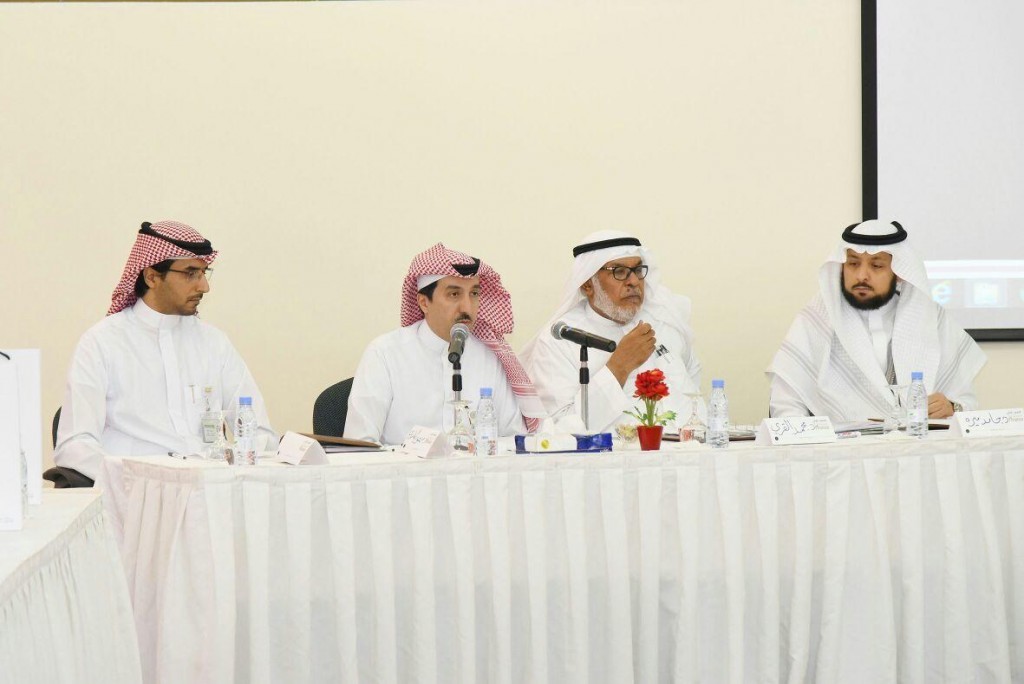 On this occasion H.E. Sh. Ebrahim bin Khalifa Al Khalifa, Chairman Board of Trustees, AAOIFI, stated “the financial and banking sector in the Kingdom of Saudi Arabia is the largest Islamic finance market worldwide, and AAOIFI was keen to accept the invitation of

the Institute of Finance and SAMA to hold this important workshop. The workshop was designed specifically to accommodate the requirements of SAMA, drawing on AAOIFI’s experience in this area spanning more than a quarter of a century. We look forward to further strengthening the professional and technical relationship with the Institute of Finance and SAMA and other supervisory and regulatory bodies in the Kingdom, as well as rest of the world”.

Currently, AAOIFI has amongst its active members more than 21 central banks and regulatory and supervisory authorities on financial markets, insurance and finance. It normally holds activities in different parts of the world and recently four activities with official and supervisory bodies in four GCC cities were held: a two-day focused workshop at the Central Bank of Kuwait and the launching ceremony of Shari’ah standards in Dubai in partnership with Minhaj Advisory and with support from Dubai Islamic Economy Development Centre of  Dubai’ government. Furthermore a workshop for SAMA senior management was held in addition to  a public hearing in partnership with the host Central Bank of Emirates at its headquarter in Abu Dhabi. These activities reflect AAOIFI’s keenness to approach and engage Central banks and regulatory and supervisory bodies. This culminates the efforts exerted by AAOIFI over a span of 28 months and through 56 visits to, and meetings with, 46 central banks and regulatory and supervisory and legislative bodies in 21 counties from around the world, which included participation in, and holding of, a number of activities and training programs as well as providing advisory, technical support and assistance in relevant fields.