In Tokyo, AAOIFI Showcased its Standards and Portrayed its Leading Role 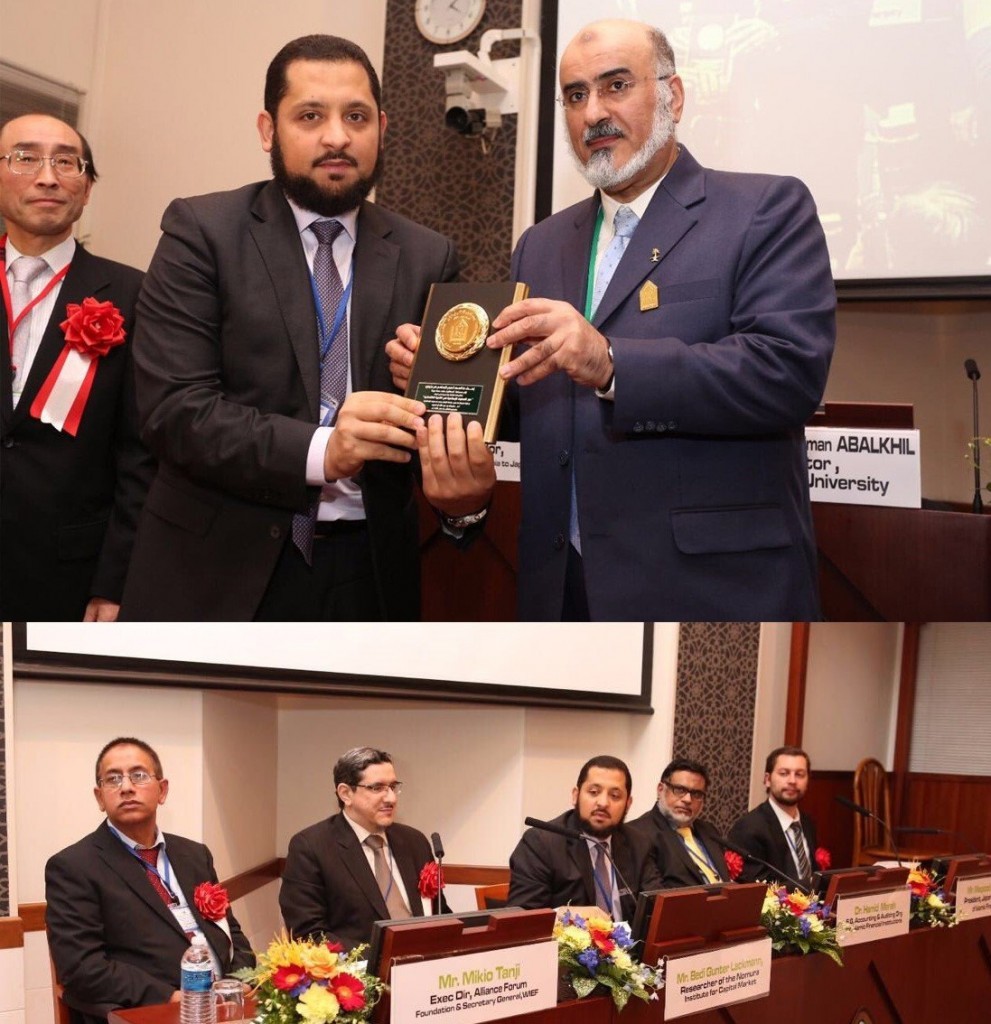 In view of the role it plays globally as the leading non-profit standards setting body for the Islamic financial industry worldwide, Acounting and Auditing Organization for Islamic Financial Institutions (AAOIFI) participated in a seminar on the role of Sukuk in economic development – organized by the Arabic Islamic Institute in Tokyo, an offshoot of Al-Imam Muhammad Ibn Saud Islamic University. A working paper on AAOIFI standards and their role in the global Sukuk industry was presented by AAOIFI to an audience of experts, bankers and academics from Japan and a number of Asian and Arabian Gulf region countries. The seminar was also attended by bankers, academics and experts from regulatory and supervisory bodies, major Japanese banks, diplomats based in Japan, and ambassadors of a number of Arab and Islamic countries in Tokyo.

The paper was presented on behalf of AAOIFI by Dr. Hamed Hassan Merah, AAOIFI’s Secretary General, whereby he emphasized AAOIFI’s pivotal role in the Islamic finance industry through its professional standards issued in the areas of accounting, auditing, governance and ethics in addition to Shari’ah standards, and AAOIFI’s contribution towards a more advanced Islamic finance industry. Additionally, he focused on the great importance of AAOIFI’s Shari’ah standard on Sukuk issued nearly 13 years ago, which has had a distinctive mark on the industry and beyond. The presentation also outlined AAOIFI’s new underdevelopment Shari’ah and accounting standards on Sukuk and the efforts exerted to develop these standards.

At conclusion of the seminar, complimentary copies of AAOIFI standards were handed over to a number of libraries and experts.