Islamabad: The Accounting and Auditing Organization for Islamic Financial Institutions (AAOIFI), in association with the Riphah International University held public hearing for its two exposure drafts: FAS 35 on Risk Reserves; and GSIFI-10 on Shari’ah compliance and fiduciary ratings for Islamic financial institutions (IFIs). The Public Hearing was held at Al-Mizan Campus of the University on Monday, 30th April 2018.

Based in the Kingdom of Bahrain, AAOIFI is the leading international not-for-profit organization primarily responsible for development and issuance of standards for the global Islamic finance industry. It has issued a total of 108 standards in the areas of Shari’ah, accounting, auditing, ethics and governance for Islamic financial institutions.

Public hearing of the draft standards is one of the 13 mandatory steps in standards development process at AAOIFI, and an opportunity for AAOIFI and the experts in the related fields to interact with and benefit from the knowledge, experience, and wisdom of professional individuals on the proposed standards. 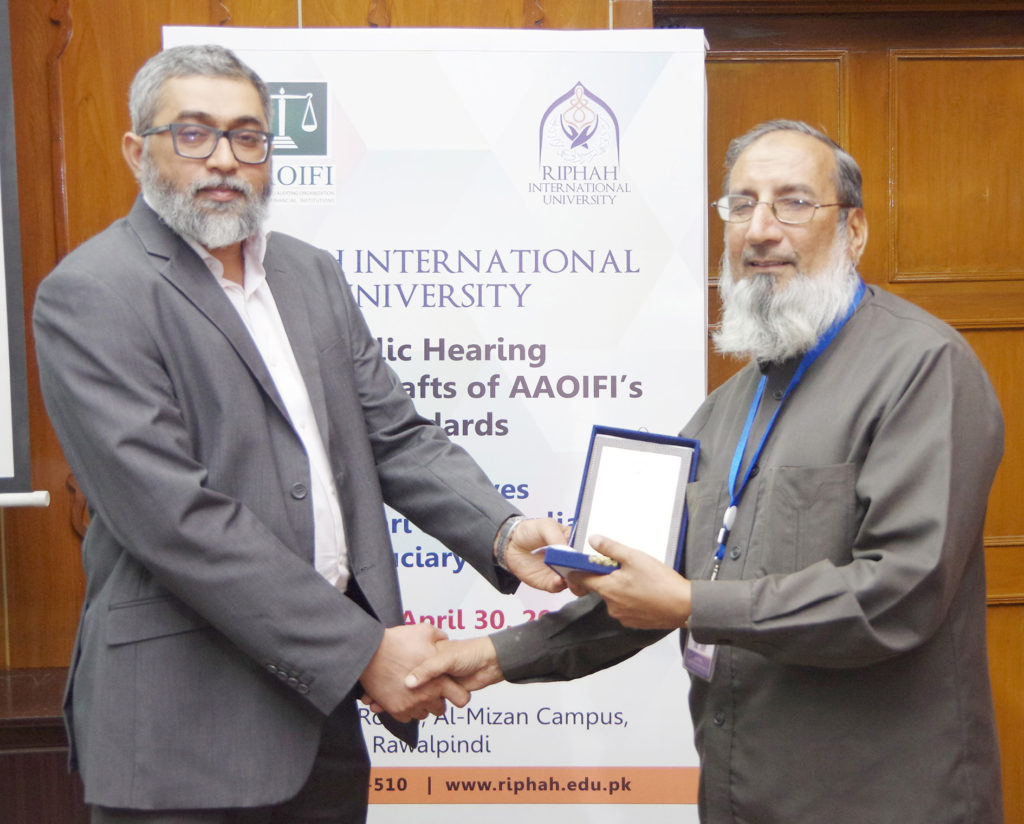 The FAS 35 discusses the accounting treatment of Profit Equalization Reserve (PER) and the Investment Risk Reserve (IRR), to be set aside in the process of profit distribution in Islamic  banks’ Investment Account holders. The standard is being prepared mainly to revise the earlier Standards on Provisions and Reserves and in order to cater to the changes in the global financial landscape, including IFRS 9’s mandatory adoption from 1st January 2018. In reply to certain reservations, Mr. Ansari explained that smoothing of returns on deposits and risk reserves can be kept for long term benefits of the perpetual businesses and mitigating the loss risk to any of the partners. It’s a part of Islamic cooperative risk sharing system according to which members of a society, a group, or a tribe contributes for mitigating the impact of losses to any of them.

While presenting the Governance Standard No. 10 in the post-lunch session, Mr. Ansari discussed in detail the six parameters for deciding rating of the Islamic financial institutions. Extensive discussion took place on the suggested relative weightages given to the parameters in deciding the final rating of an IFI. Almost all the participants were of the view that Shari’ah being the essential requirement for IFIs’ business, Shariah compliance and the other parameters may be considered as two separate streams. 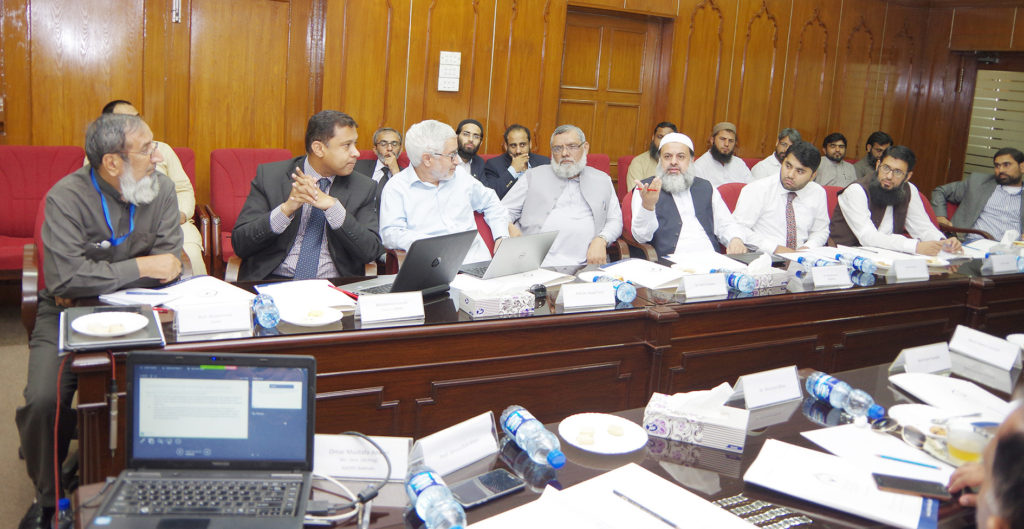 Similar public hearings for the exposure drafts have earlier taken place in Bahrain and Turkey whereas others are scheduled to be held in other countries. All industry feedback received—in the form of questions, comments, suggestions, and recommendations—during this public hearing will be collated and taken back to the respective Boards to become subject of further discussion and deliberation before the issuance of the two standards.  Those interested in commenting on the exposure drafts for theFAS 35: Risk Reservesand GSIFI-10 Shari'ah Compliance and Fiduciary Ratings Final ED Issued may still do so by emailing at [email protected] and [email protected] respectively.

Mr. Muhammad Ayub, Director Research of Riphah presented the University’s souvenir to Mr. Ansari and expressed gratitude to AAOIFI for giving them the opportunity to contribute to the noble cause of developing standards for the Islamic financial industry. AAOIFI expressly acknowledges and appreciates the support and assistance provided by Riphah International University in successfully conducting the public hearing.