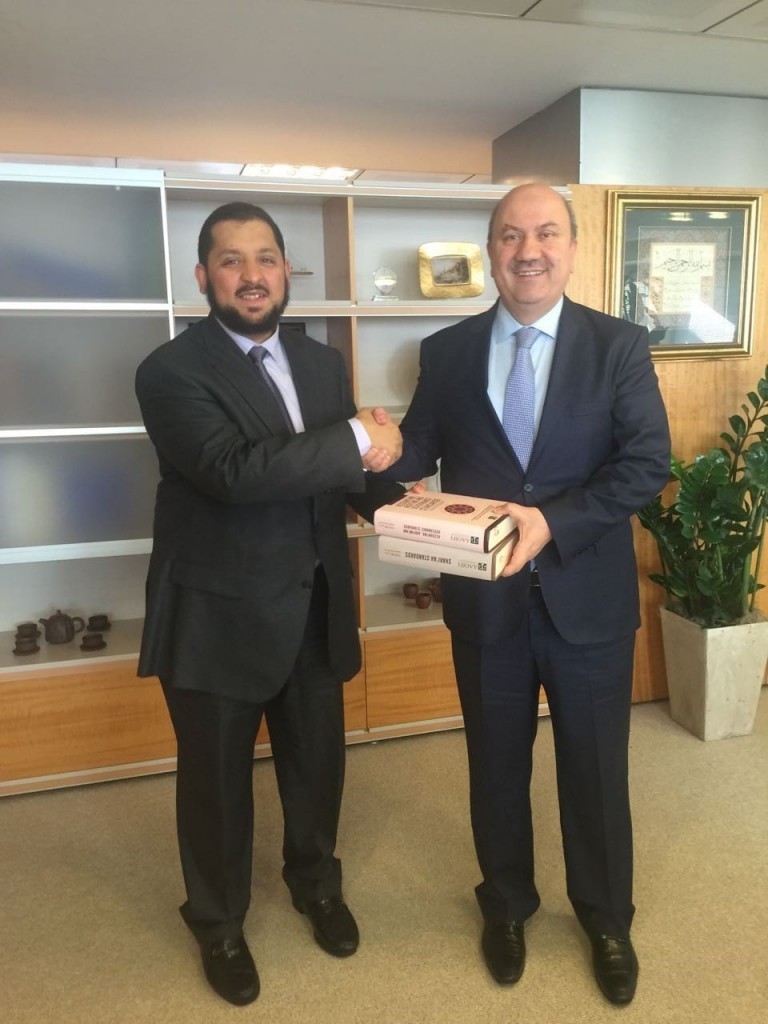 In view of the important role of the Republic of Turkey in the global Islamic finance industry as well as its distinct standing both at the official and popular levels in Turkey, and the steady growth both in asset base and number of Islamic banks and financial institutions operating there, in addition to the parallel evolution of its regulatory and supervisory framework, Accounting and Auditing Organization for Islamic Financial Institutions (AAOIFI), the leading international infrastructure organization for the Islamic financial industry, has been keen to strengthen professional and technical ties with this country. This was translated into an official visit by AAOIFI to a number of banking regulatory and supervisory bodies as well as a number of Islamic banks and financial institutions, professional entities and academic institutions.

A meeting was held at the Banking Regulation and Supervision Authority “BRSA” or “BDDK” with its Chairman, H.E. Mehmet Ali Akben and its senior management. During the meeting, the two sides discussed a range of issues of mutual interest, and means by which AAOIFI’s role may be expanded to the best interest of the Islamic finance industry in Turkey. Furthermore, the two sides mulled over AAOIFI’s key role in the area of standards development and its efforts to provide an extensive degree of harmonization for the industry products and contracts, worldwide. The two sides agreed to develop professional and technical cooperation between AAOIFI and BRSA. The meeting featured the approval of BRSA’s Board members to join AAOIFI membership along with a number of major central banks, regulators, insurance and finance companies from a wide range of countries around the world.

In addition, AAOIFI’s delegation held a meeting with the Turkish Central Bank’s senior management, during which the two sides reviewed the development of the Islamic finance industry in Turkey and highlighted a number of AAOIFI’s technical and professional activities.

On the other hand, AAOIFI has held a meeting with the CEO and senior officials in the Turkish Participation Association of Banks (TKBB) at its headquarters. Views were exchanged on a range of issues, mainly the translation AAOIFI standards to the Turkish language, and possible means to foster cooperation in the training and building capacities of Turkish professionals in participation finance and in particular with regard to AAOIFI’s professional certificates, Certified Shari’a Auditor and Advisor (CSAA) and Certified Islamic Public accountant (CIPA). 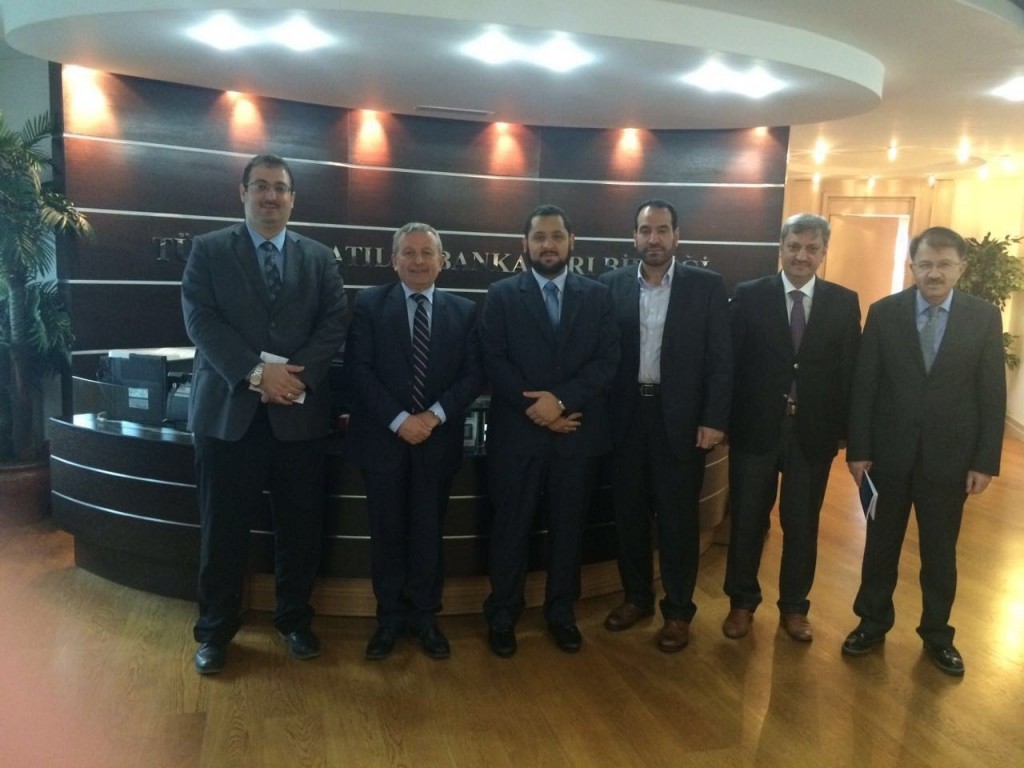 (Center: H.E. Osman Akyuz, Chief Executive Officer of the Turkish Participation Association of Banks (TKBB). To the right, Dr. Hamed Merah, Secretary General of AAOIFI and a number of senior managers of TKBB )

AAOIFI has also embarked on a series of visits to a number of Islamic banks and financial institutions such as Al Baraka Bank of Turkey, Kuwait Finance House – Turkey. Moreover, Ziraat, one of Turkey’s leading banks, has officially joined AAOIFI as an institutional member.

On a different note, AAOIFI’s Secretary General delivered a research paper in a forum hosted by one of the major Turkish universities (Bosporus University). The forum was supported by a host of institutions including the Islamic Institute for Research and Training “IRTI” – Islamic development Bank, the World Bank, and Deloitte. It was attended by a group of experts and professionals from Turkey and other countries as well as a number of academicians and students. AAOIFI has also paid a visit to one of its accredited exam centers (ISFA center) in Turkey, where the delegation was briefed on the center’s Islamic finance training and consultancy work.

AAOIFI’s business trip was concluded by a visit to the Islamic Finance Center – World Bank., where the two sides discussed ways of fostering professional ties which extend over two decades. This distinct relationship manifests in various initiatives including the joint annual conference on Islamic banking and finance which will be held in its eleventh edition in the Kingdom of Bahrain in November 2016.

These visits constitute part of AAOIFI’s plan to strengthen interaction with all stakeholders in the industry and to provide them with updates on AAOIFI’s major developments activities as well as present them with complementary copies of AAOIFI’s latest standards publications, in Arabic and English, in addition to its Shari’ah standards’ research studies compendiums. All visited stakeholders greatly commended AAOIFI’s gesture and cordially welcomed its visiting delegation, and expressed their keenness to foster their ties with AAOIFI and to get updated on its latest developments and endeavors.